In response to pandemic, urban gardening and organic farming have been encouraged to contribute to the production of healthy food for the population. These acts of environmental resiliency significantly increased the production of organic, healthy and sustainable food consumed personally by the residents. Said information and data were reported in the City Council by the Committee on Market. Trade, Commerce and Agriculture.

To align with Ordinance No. 18 series of 2016 entitled Environment Code which aimed to preserve and advocate environmental resiliency, JHMC in compliance with its mandate of stewardship and passion for the environment, supports this endeavor of the City Government in co-existing with its stakeholders. 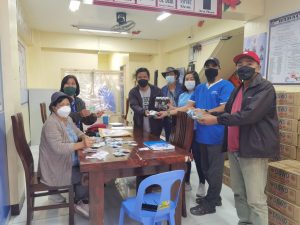