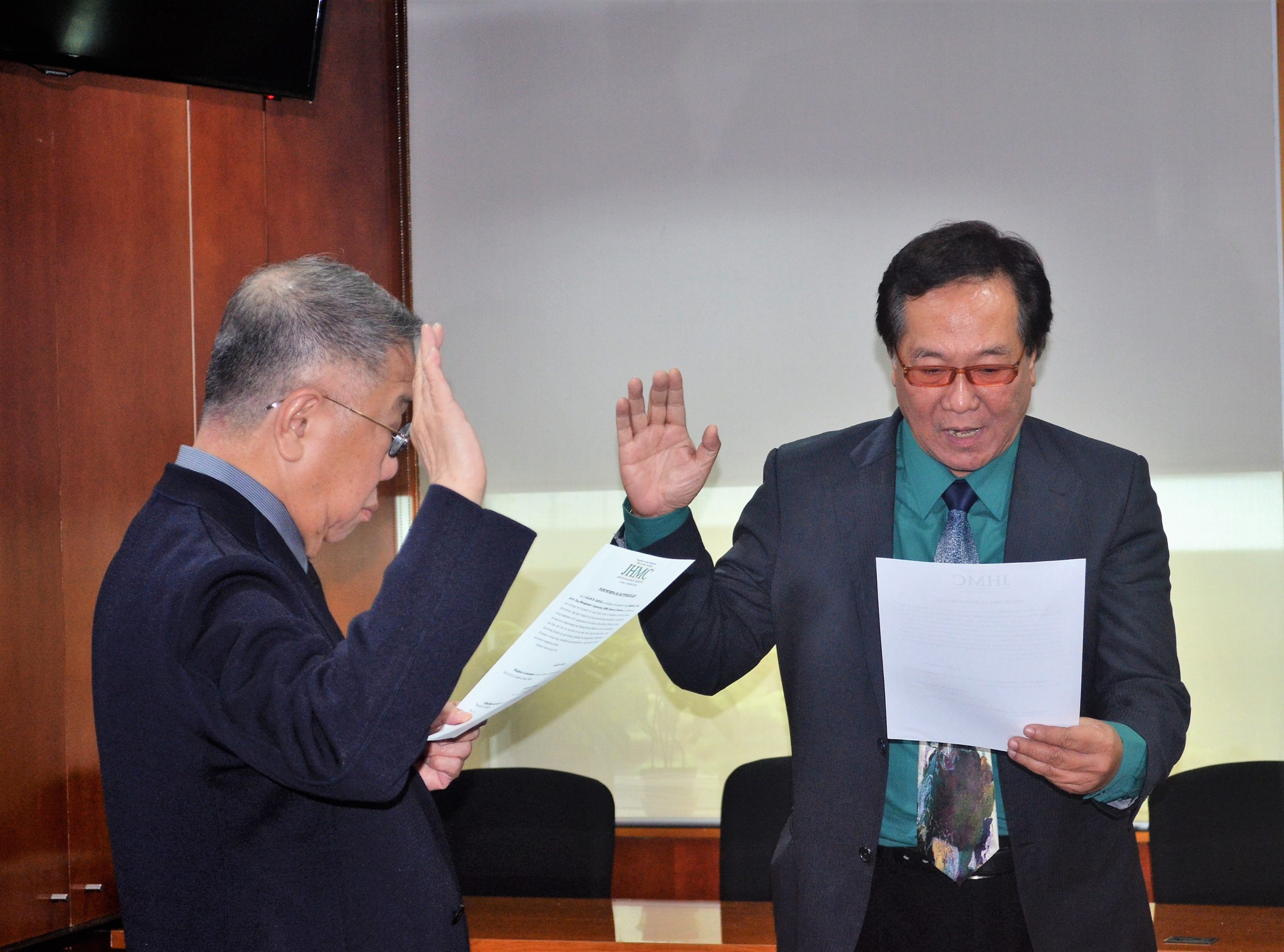 Following his appointment from President Duterte, Garcia took his oath as a member of the JHMC Board of Directors and as the newly installed JHMC President and CEO last Thursday, January 12, 2017, before Gregorio D. Garcia, III, Chairperson of the Bases Conversion and Development Authority (BCDA) Board of Directors.

The oath taking was held at the BCDA Corporate Center in Taguig during the stockholders meeting and it was witnessed by BCDA President and CEO Vivencio Dizon, Silvestre Afable, Chairperson of the JHMC Board and other members of the board present.

Garcia remains optimistic that the overall thrust of the Duterte administration, that is, to build, build, build, will be realized through commitment to public service and good governance. As he says, “Do what is right and you will never go wrong.”

He further added that, the JHMC is full of potentials, given its resources and it should continue to be more innovative and open to business proposals in order to attract investments.

JHMC is a subsidiary of the Bases Conversion and Development Authority.