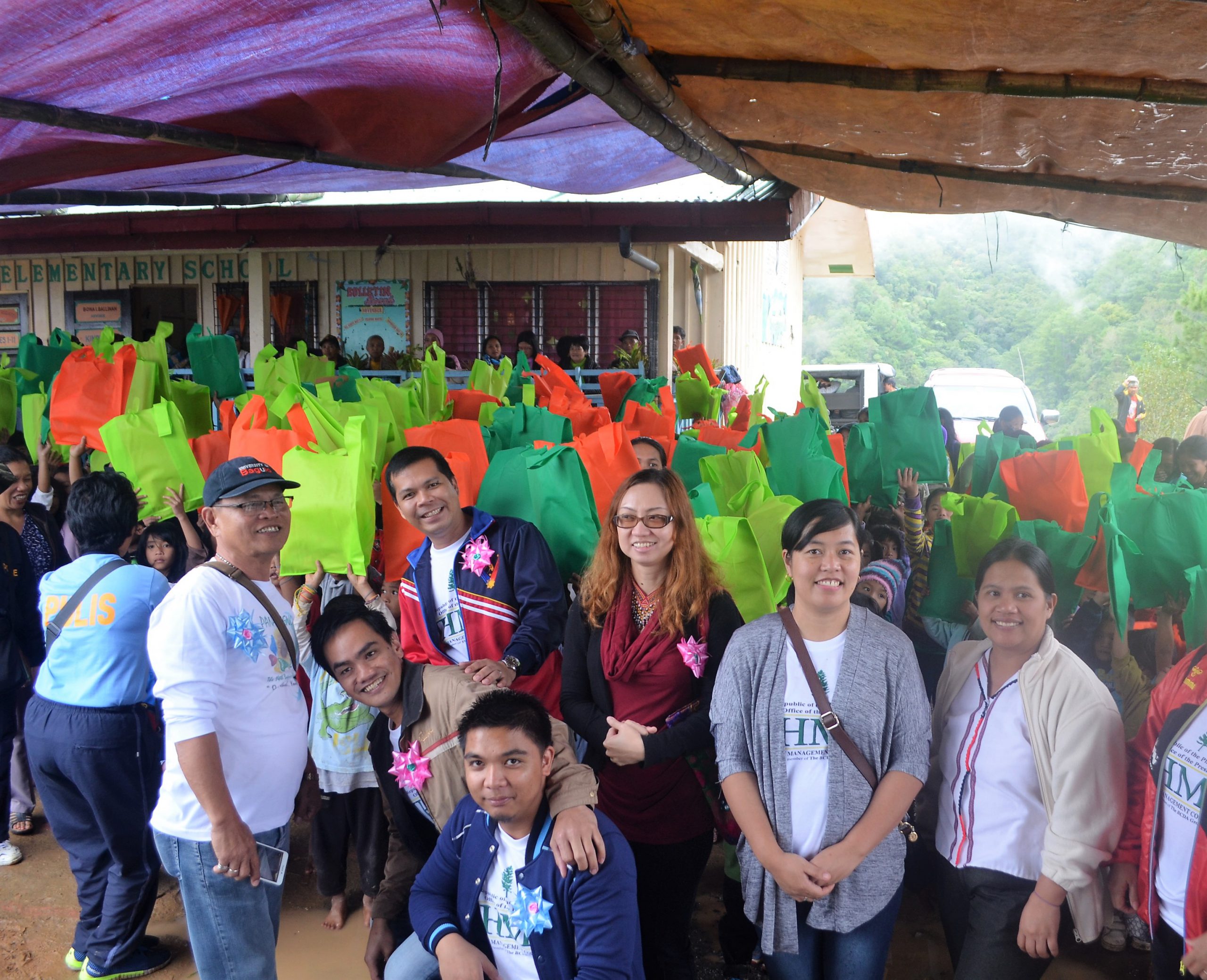 Baguio City- The John Hay Management Corporation (JHMC), a subsidiary of the Bases Conversion and Development Authority (BCDA), through its corporate social responsibility projects conducted an outreach program in two barangays of Banaue, Ifugao, the San Fernando and Gohang.

San Fernando and Gohang were two of the remote barangays in Banaue which can only be reached through steep narrow road from the main provincial road. Due to their distance from the provincial capitol, these two barangays have limited access to health, education and social programs of the government.

In addition, the JHMC distributed school supplies, books and slippers to the students of San Fernando and Gohang Elementary School. Mosquito nets and clothing were likewise handed-out to every household of the two barangays.

Speaking on behalf of the JHMC is Atty. Mary Ellen S. Cabuhat, OIC-Office of the President and CEO, who expresses gratitude, for, the JHMC has been given an opportunity to spread its mission and vision in promoting environmental protection and stewardship in the Cordillera region. The JHMC in its commitment to public service and good governance continues to extend assistance to communities in need.

As the administrator of the John Hay Special Economic Zone, the JHMC remains faithful in its mission and continues to contribute to the country’s national economic growth.