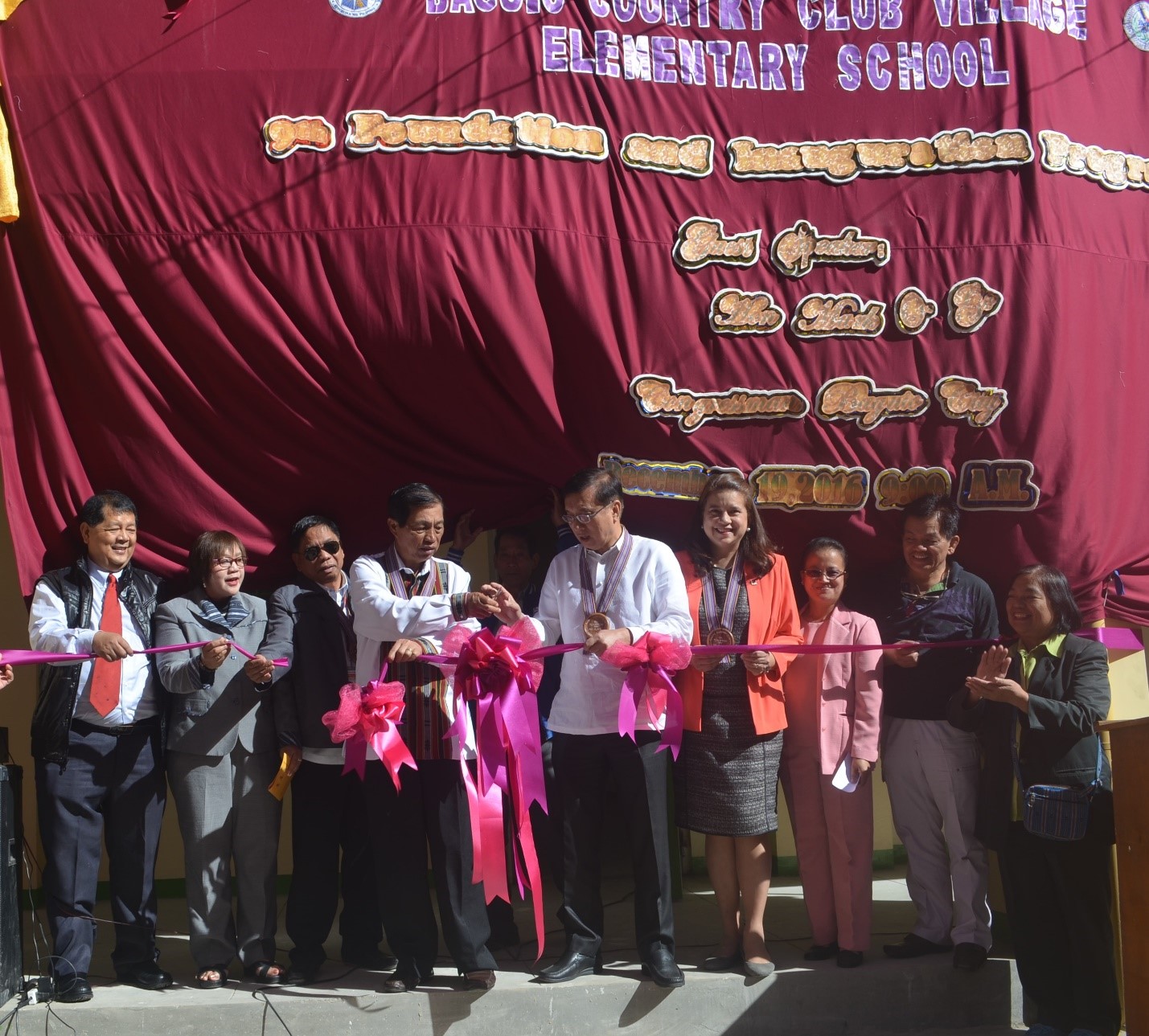 The ceremony started with a Holy Mass officiated by Fr. Victor M. Munar followed by the blessing of the new school building.

The school will accommodate students within the neighboring communities, such as Happy Hollow, Outlook Drive, Lucnab and South Drive barangays. The school building is student-ready for the next school year.
During the ceremony, the symbolic key was turned-over to Atty. Laban III representing the Schools Division Office of Baguio City by Engr. Alex Castañeda of the DPWH.

The construction of the school building was implemented through the collective effort of both the national government, the Bases Conversion and Development Authority (BCDA), JHMC and the local government units which made the project possible. The leadership of Dr. Agbayani as President and CEO of JHMC is committed to contribute in uplifting the education of the less fortunate school children which could be reflected in various Corporate Social Responsibility projects of the corporation.

In the pursuit of excellence, the newly built school building will provide an ideal environment and quality learning to students. For, it took 9 years for the Country Club Village Barangay to have a DepEd school building for their school children.

With the new school building, the JHMC hopes to keep the tradition of providing quality education in the best environment.